If you work with mobile and app development, you are probably delighted about the new release of iOS 8 and all its new features. Developers are already exploring how these new features can help them update and enhance exciting apps. Meanwhile, Apple also announced a few less noticeable, yet important, updates to their iOS platform. Here are a couple of updates that will have an impact on ASO, App development and optimization.

Before we dive in, keep in mind that a staggering 1.2 million apps are available in the App Store today, a reminder that ASO is becoming increasingly more important in connecting you to new customers. Though you may build a great app, the 300 million people that visit the App Store each week might never get a chance to see it. 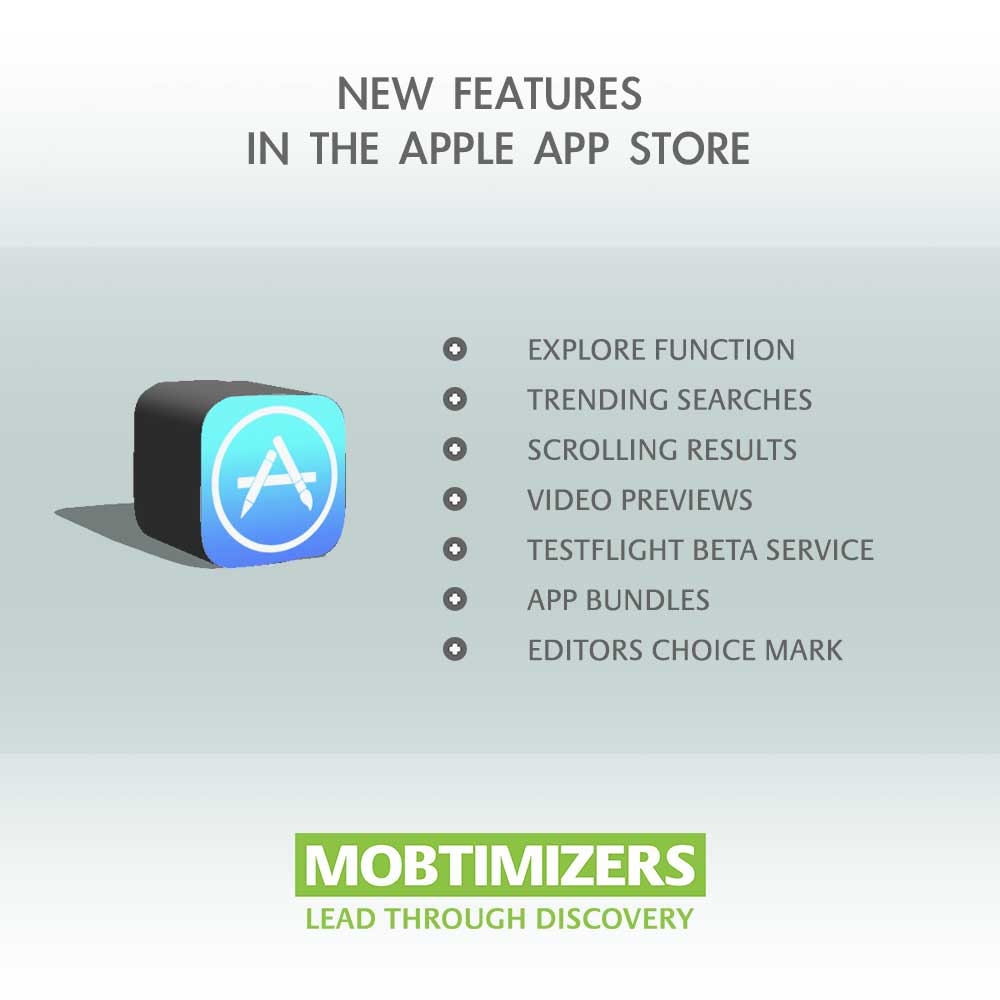 A common misconception in the ASO world, that we’ve noted before, is that 63% of users find their apps through search. This is simply not true. Research found that 63% of users found apps through general browsing in the Apple App Store, not to be confused with searching. Apple is taking this fact seriously, and has now implemented a new “explore” feature that let’s users browse the store. Exactly how it works has not been revealed, but judging from the screenshots we saw in the WWDC presentation, a new feature called “popular near me” might take over the current “genius” feature. 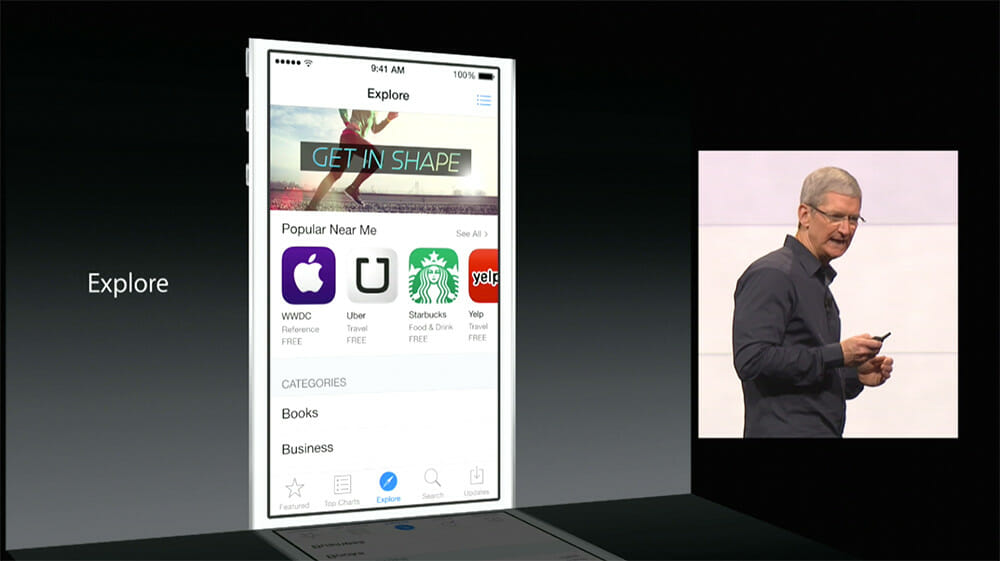 Apple also added a “trending searches” to the App Store, to give consumers a fresh and real time updated idea of what’s hype in the store. Searches will be presented on a scrolling list, so that the user can browse faster through search results, and will now be showing related searches next to your search terms. 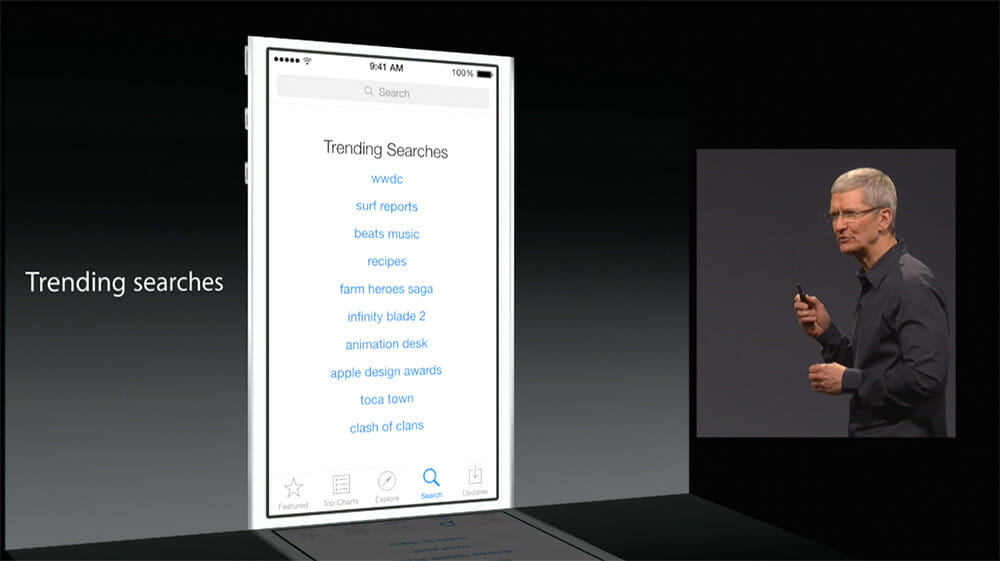 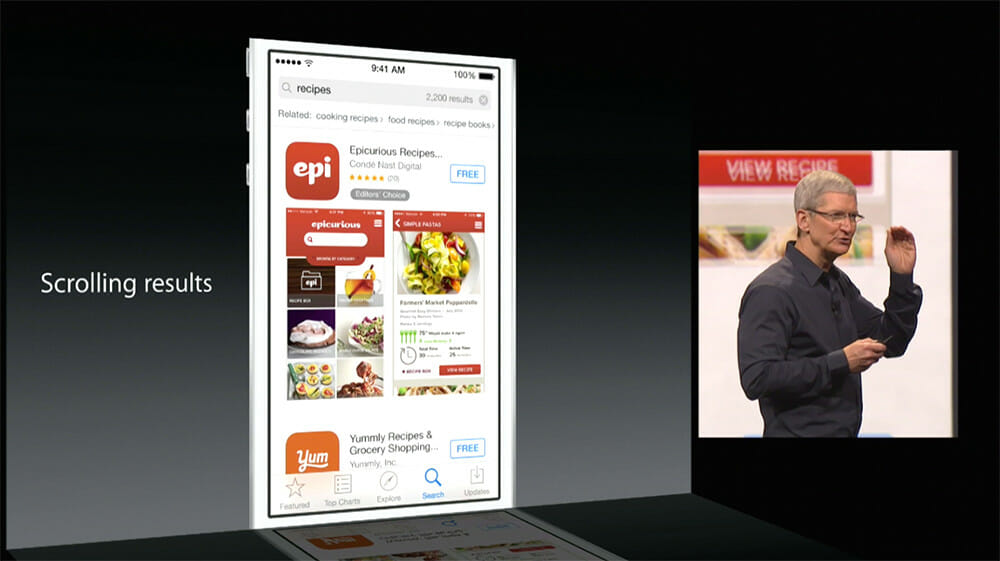 The editor’s choice mark will now be shown next to the app icon, when browsing or searching the store. Yes, Apple curates the App Store, although worrying how that is done might prove futile. Instead, spend your energy on developing a great app. That will give you a better shot at getting an editor’s choice logo. 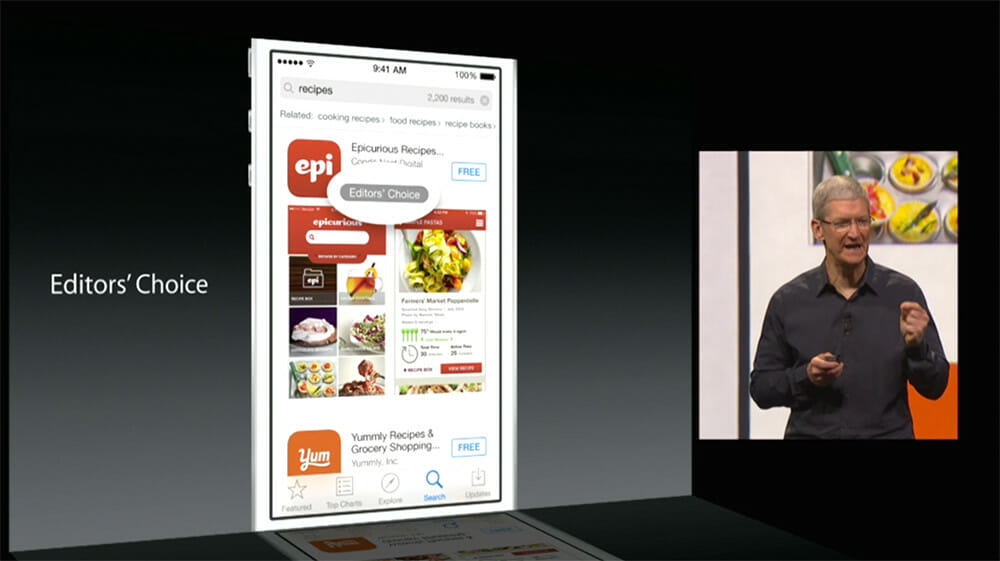 If you are an app developer with multiple apps in the App Store, you will soon be able to bundle your apps and sell them at a discounted price. Further research is required as to how this affects or will be affected by ASO. Once that data is in, we will update this article. 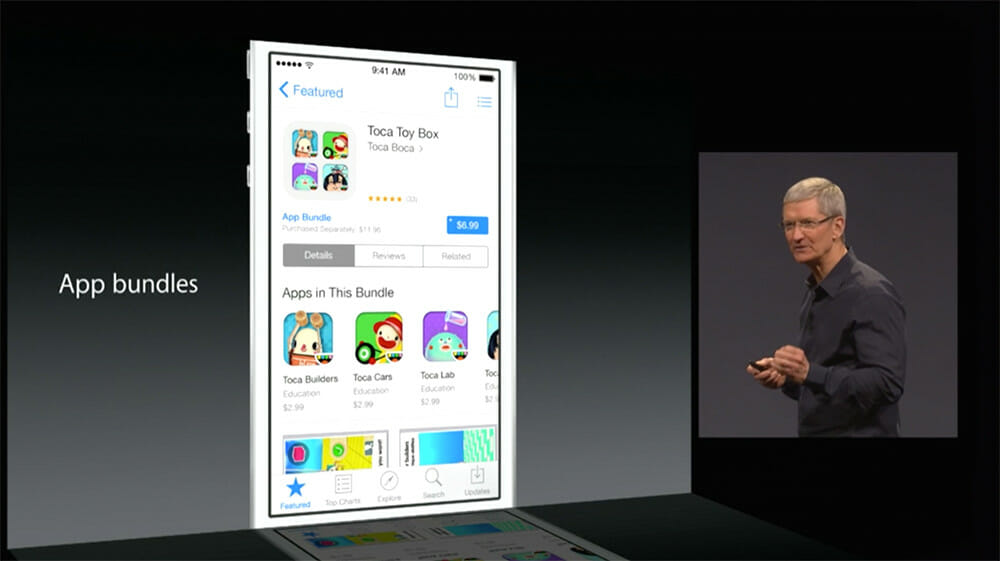 Developers will be able to make multiple short videos of great features so that users can make certain that it’s an app that they want and need. This is a great opportunity for developers to ensure that users get to see some of your app’s best features – and should prove easier to demonstrate than with just a photo. 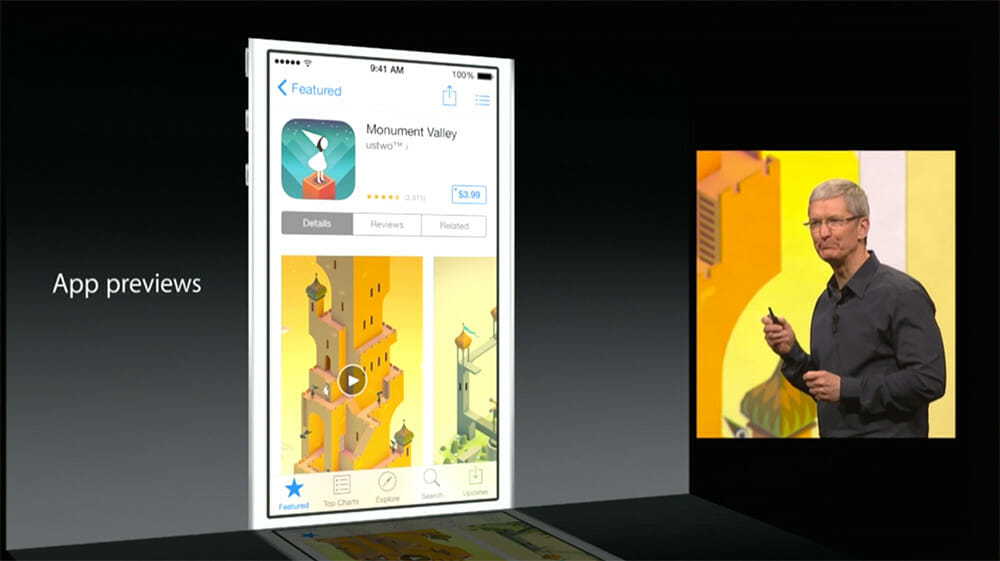 Finally, a new beta test service called Testflight was introduced. This service allows developers to invite users to beta test their app, while storing the results of the beta testing inside testflight. The service is free. 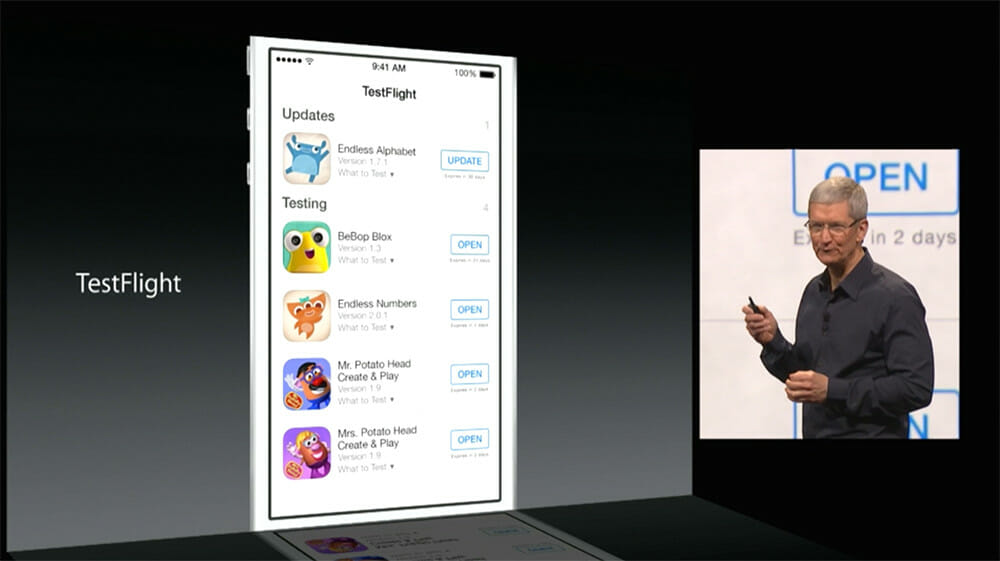 All this and more will be available to end-users in the fall of 2014, so start planning your future strategies.